The Wizard from Oz — Review

It may now be ‘behind you’, but those of us lucky enough to see this year’s Hathersage Players panto won’t have forgotten it! This original production, which drew together many different stories and symbols from popular culture, was an eclectic celebration of the anarchic creativity of the genre. Harry Potter, Lord of the Rings and Strictly Come Dancing were all included in a frenetic adaptation of the Wizard of Oz plot; Dorothy and her friends encountering these various cultural phenomena in their search for the Wizard, with nods to Fame, Bros and Neighbours on the way.

Classic sight gags, local jokes and allusions abounded; the Fatboys bursting onto the stage past Frodo and the Fellowship of the Ring; an operating theatre skit in the best comedy tradition, the high proportion of medics in the village and the cast being something of an ongoing punchline. A strong ensemble cast, with super vocals and great moves, and countless charming and striking cameos, was held together with
aplomb by Louise Whiteley as Dorothy (and Toto). The set was skilfully designed and executed; the greens, pinks and yellows riotously vivid. Lighting was similarly impressive; the transition from greys to bright colour via a dynamic tornado scene was highly effective, and
everybody gasped when the Strictly Come Dancing lights illuminated the proscenium! These effects were complemented by a strong sound system – both recorded and the excellent live band – which brought real pizazz to the show. Costume was ingenious, particularly in visually
unifying the monkeys as a gleeful mob, whose collective effect was truly menacing, their feral energy reminiscent of Lord of the Flies!

Audience members of a certain early middle aged vintage had much to enjoy, with numerous 1980s cultural references, but there really
was something for every generation. We look forward to whatever ideas are fermenting in Kirsty Rogerson’s mind for a future year! 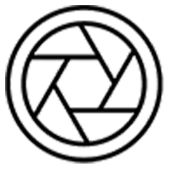